Skip to content
A single picture is sufficient to tell the story of the fate of the Baiji Refinery in Iraq. Recently reached by the ISIS forces, it has been the largest refinery in Iraq, with a capacity of 310 kbd, and has been used to provide products for domestic use. Since it would provide fuel for both sides in the conflict it had been left largely intact, but that “understanding” seems to have fallen apart. 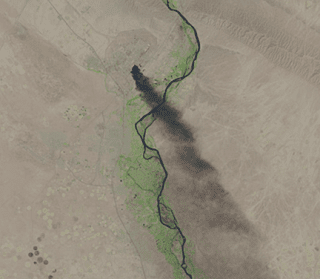 Figure 1. View from space of the fire at the Baiji Refinery in Iraq (Slate)

The conflict has already led to a drop in Iraqi exports of around 300 kbd and while this will not immediately impact the United States, given that imports have been declining in the face of growing domestic production, it will affect the overall global market, with longer term impacts on price and availability. India, for example, is already worried. It is quite possible that Iraq will partition, with the northern tier ending up Kurdish. 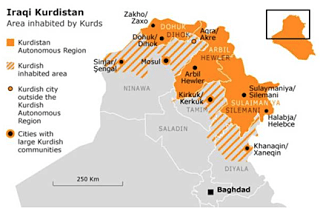 This region has already run a separate pipeline through its own territory up into Turkey and thence to Ceyhan. From there it is tankered, and the Kurds have just sold a shipment to Israel, which arrived at Ashkelon on Friday and unloaded that night. The report has, however, been denied by the Kurdish Ministry. Three more tanker-loads destined for other customers are now in process at Ceyhan. The tanker was one which has, until recently, been unable to find a market.

In May, the Kurds took a further step by leasing two tankers, loading them in Jihan and looking for buyers. Attempts to sell oil to Morocco and other countries were rebuffed, out of solidarity with Iraq and concerns over legal action. It now seems that the Kurds have re-discovered their old ally Israel, which agreed to purchase the oil. To avoid a direct sale, the Kurdish tanker unloaded its oil onto another tanker. It’s unclear if the purchase is a one-off deal or the start of a permanent arrangement.

But the Kurdish pipeline is currently limited to a capacity of 100 kbd, whereas the main pipeline running up the center of the country (and through ISIS territory and control) can handle 600 kbd. The potential for a continued drop in Iraqi exports flowing north to Turkey of over 500 kbd is thus now quite possible. However the oilfields in the Kurdish territory are only, at present, producing around 120 kbd. Yet, by the end of the year it is projected that the pipeline can be expanded to handle flows of up to 400 kbd, with that capacity being reached as additional oilfields around Kirkuk are connected into the system and production raised. In the meantime additional oil is being trucked up to Turkey.

The impact of the conflict has already caused bidding on the Nassiriya oilfield and refinery to be postponed indefinitely. 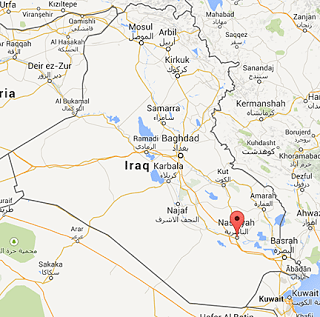 Bidding on development of the 4 billion barrel oilfield, and associated 300 kbd refinery, was scheduled to have taken place on Thursday, but after being postponed in December and January has now been put off indefinitely.

At the same time Lukoil remains optimistic about expanding the West Qurna 2 field over the next year. The field has started production, and reached 200 kbd and Lukoil is hoping to start filling tankers in the third quarter of this year. The project was shared with Statoil, but they dropped out in 2012. West Qurna is in the South of Iraq, and at present a considerable distance from conflict. 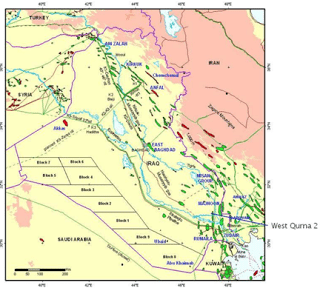 Figure 4. The location of the West Qurna 2 field. (Statoil)

The field is anticipated to ultimately be capable of yielding 1.8 mbd of oil. In order to handle higher flow rates a new agreement has just been signed in which Lukoil will build two new pipelines from the field down to the off-shore terminal at Fao.

As long as the conflict remains north of Baghdad, and the oilfields in the South are not threatened then the major restriction on plans to grow exports from the south to 6 mbd may continue to lie with the Iraqi bureaucracy and the delays in installing the necessary infrastructure needed to support both production and also transport of the oil to the offshore terminals. There has also been some reduction in targets, for example Zubair which had been producing at 200 kbd was originally scheduled to produce at 1.2 mbd a target that was dropped to 850 kbd last year. A 200 kbd gas and oil separation plant (GOSP) has just been contracted, with completion in 2016.

This does not discount, however, that sabotage and terrorist attacks will not have some impact. The main pipeline to Turkey has been closed for months due to such attacks, but while that pipeline runs through Sunni territory, the lines from the Southern fields are all within Shia controlled land, and those in the north are now controlled by the Kurds. Oil companies have, however, as a precaution, begun repatriating some of their employees. Gazprom has just begun production from the Badra field. Originally projected to begin, at 15 kbd, in 2013. Production has now begun, although it is now anticipated that it will be another couple of months before the field reaches that initial 15 kbd target, and 2017 before it peaks at 170 kbd. Gazprom have, at least publically, “no problems” at the site.